A downloadable game for Windows

Escape the ship, but watch out. You are not alone...

Hint: If you can hear your footsteps, so can everyone else.

This game was created in half a semester for my video game AI class at UNCC. Below is an edited GDD that describes what I was going for. Anything struck through didn't end up making it in the current release of the game. Most of my time ended up focusing on making the AI, since that is what the class was about.

Stylized FPS horror game with a complex monster AI who will find and chase the player as he/she attempts to escape a spaceship. Think Alien: Isolation mixed with System Shock 2.

Terror. The monster should wander around the spaceship, looking for its prey. The player will not have constant knowledge of where the monster is. For all they know, it could be right around the corner.

Horror. Upon finding the player, the monster should chase the player to capture him/her.

Strategy. The player must outsmart the hunter or become hunted.

If I run out of time, the plan is just to use one player start, where the player is a scavenger who boards a derelict ship looking for goods when they discover they aren’t alone on the ship. The player must make a break for the escape pods.

The monster will use all its simulated senses, from touch, to smell, to hearing, to visuals, in order to find its prey. It will utilize a decision tree to determine when to investigate a room and when to run towards the player.

Sneaking will be crucial to the survival of the player. Hiding in the shadows will help prevent the monster from seeing the player.

Thanks! The beginning part of your video gave me the idea of how I could better structure the tutorial for the interaction.

Thank you for playing! Could he not get you in the bathroom around 3:11? And then he just runs off, lol. Going to have to look into that.

After watching your playthrough, I think I'm going to invest more space for the controls and basic monster mechanics.

As a side note, I love the cuts. Great placement for them!

Thank you for playing! It was very entertaining watching you play. The monster could hear you, that's why it seemed like he was always on your toes. And your presumption that the monster is already in the level with you is right. I should make the monster appear later, or if you make a loud noise.

Your playhrough has helped me see some problems in the level design that I want to revisit. I haven't touched this project since last year and released it just recently for a friend to see, but you have reinvigorated me to keep going with it, because I think it has some potential!

Thanks for watching. I'm glad that my playthrough helped and I agree that it does have potential. 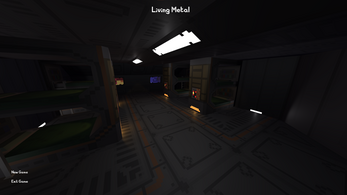 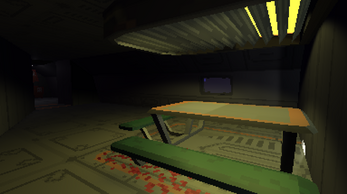 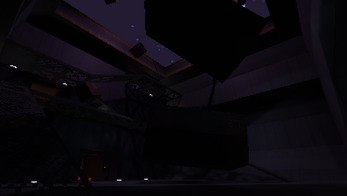